It's 1973, I'm 25 and a qualified Chartered Accountant. I own a nice Les Paul Deluxe gold top and it’s the best guitar I’ve ever had, although one day I drop it and it suffers catastrophic damage of the headstock. But I send it off to Rosetti, the Gibson importers, and thanks to an insurance claim I get it back faultlessly repaired and re-sprayed in a beautiful sunburst. I then wish I'd kept the gold top finish.

I desperately need to make music again so I place an ad in the local paper to find players, and Tony Lloyd responds. He has a similar guitar playing style to mine, is keen to get a band together and we get on well together. We find a bass player, Bob Sharp, and a drummer, Brian Meredith, and we start practicing and gigging. The band, at first called "Flat Stanley" after a character in a children's book, and then "Sugarcane" plays on and off for the next thirteen years during which time we endure at least five different drummers, until Laurie returns from his Halifax exile in 1977; five bass players and three different second guitarists.

Bob Sharp plays bass with us for about two years before getting married and going to America. His successor is John Rushton who stays for four years or so before moving away from the area. In 1974 we recruit Ian Boycott to take on lead vocals and he also invests in a percussion setup comprising congas, bongos and timbales. Ian stays for a about eight years and also becomes a close friend. Unfortunately Tony Lloyd leaves after nearly two years to join another local band "Vehicle" that has a more attractive line-up for him that includes brass and keyboards, and we then have an unsettled few months with different guitarists and drummers, none of whom are right for us.

Dave Brooks joins on drums in 1975 and for a few months we have one of the best rhythm sections we ever manage to assemble. Unfortunately, his talents attract the attention of The Incas and they steal him from us. After a short interlude with Don Atkins (‘Mouse’), on drums who leaves in August, Laurie returns to sticks duties with the band as he has returned from Halifax and living locally again.

In October 1975 the above lineup records 'Pickup Queen' at Bird Sound Studios in Snitterfield, Warwickshire. Written by Ian and myself, we had only an evening to set up and record it, including some rushed overdubs. Dave plays some great drums, which on reflection should have been higher in the mix, and John's bass guitar lines are magnificent; driving the whole thing along nicely. Ian performs the lead vocal, but being a heavy smoker and asthmatic he runs out of breath a couple of times in the song! I wanted the guitar harmonies to sound like Thin Lizzy's but there wasn't time to get the right tones organised. Click on the button to have a listen:

In 1976 we dispense with having a second guitarist, adopting a guitar, bass, drums and lead vocals line-up for some time that proves far more effective. John Rushton is still our steady, quiet but very musical bass player, Ian is still with us and the line-up enters a period of stability, our sound tightens up and we start having some fun.

Ian is an ebullient and affable character on and off stage, good with audiences and keeps the strain off me allowing me to concentrate on guitar duties and backing vocals. He carries a little bit of excess weight and one evening he's sporting a new ‘Demis Roussos’-style kaftan that I think someone made for him. The only trouble is, being centre stage in strong footlights, the audience can clearly see through his garb and the fact he isn’t wearing anything else underneath. We can't understand what the joke is until we come off stage and our companions explain.

In 1978 I buy a really beautiful new white Fender Stratocaster with a maple neck but I'd also fallen in love with a new wine red Les Paul Custom and can't put it out of my mind, so after only a few days I sell the Strat, and with the part exchange of my precious Les Paul Deluxe, acquire the Custom, which I still own today. I wish I could have also kept that lovely white Strat, but my wife disapproved of the relative extravagance, given we were homemaking.

In July 1978 we fulfill a long-cherished dream and go into a local recording studio to record a four-track demo. Monty Bird, the son of a wealthy Stratford On Avon scrap metal dealer, could afford to indulge his recording hobby and first set up a draughty studio in some old outbuildings in a field in Snitterfield where he recorded local bands for small fees. We in fact recorded there in October 1975, laying down a rocking track called "Pick Up Queen"; lyrics by Ian and music by me. By 1978 Monte Bird has a small industrial unit in Warwick where he runs a recording studio and a small independent record label, Tank Records. Sugarcane sign a two-year record deal with Tank on 3rd September 1978.

I decided to re-record ‘Pickup Queen’ in my home studio to see if I could obtain the sounds that I really wanted for it when we recorded it in 1975 and 1978.  With the enormous advances in technology I now have more facilities and tools in my home studio than most professional studios had back then and at a tiny fraction of the cost.  Extremely expensive hardware has been emulated in affordable software.  Anyway, you can judge for yourself by clicking the play button to the right! 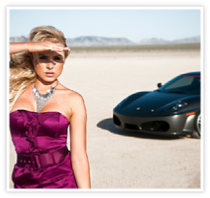 The two days we spend recording in July 1978 are wonderful. We gel as a band, make good music and simply have fantastic creative fun: one of those red-letter days that you look back on the rest of your life. What is it about making music with others that sometimes brings about magic moments? We used to discuss this in the band and since there's no word to describe it we decide to call it ‘carrot’ ! A ‘carrot’ is defined as the epiphany you experience when all the elements are at their sweet spot: the sounds of the instruments and voices, the ‘vibe’ of both the band and the audience, and the empathy with other band members, at a particular point in time and space that enables you to play and sing beyond your usual limits creating music that's greater than the sum of its parts.

We record four of own songs including "Say You Want To See Me Again" and "747". I still have an acetate of the final mixes. The studio does a great job and we're all very pleased about what lies ahead. We even have the record cover designed. But in August Monty Bird is suddenly diagnosed with a virulent form of leukaemia and in September he dies. He was just 30.

Monty’s family wind up the studio and record label, and our recording career is over. John Rushton leaves the band in 1979 and although we find a replacement (name lost in the mists of time) Sugarcane peters out in 1980. 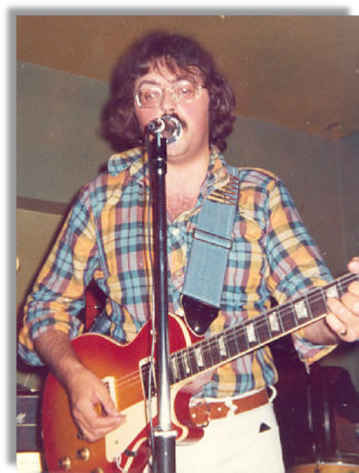 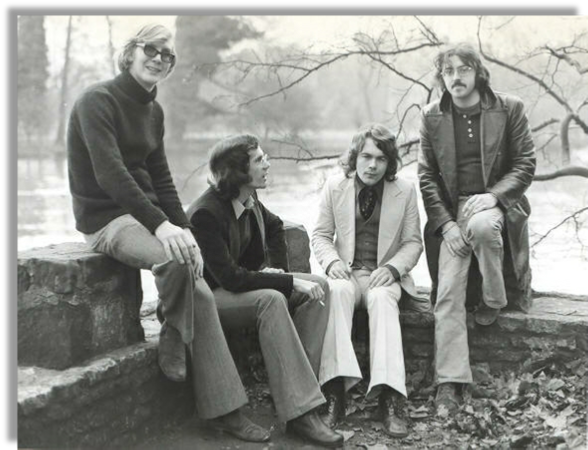 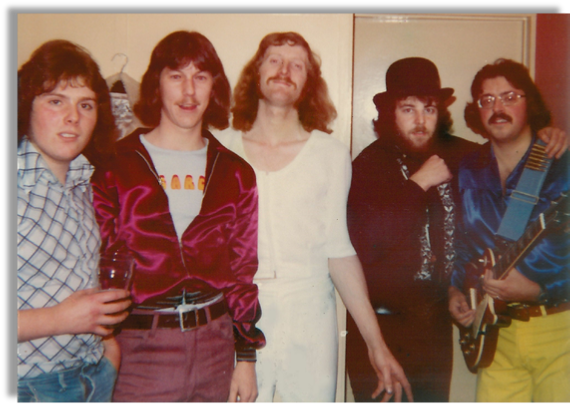 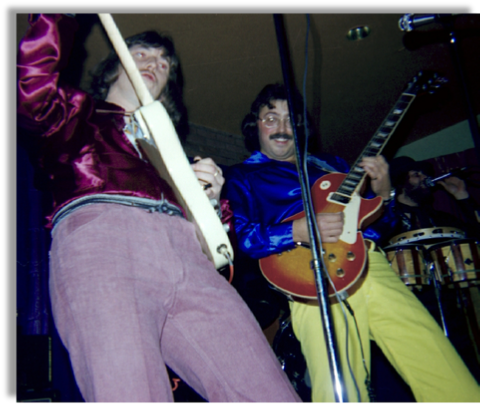 Same gig: Dave Faulkner and I giving it some. Ian in the background 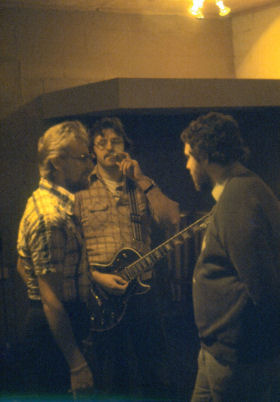 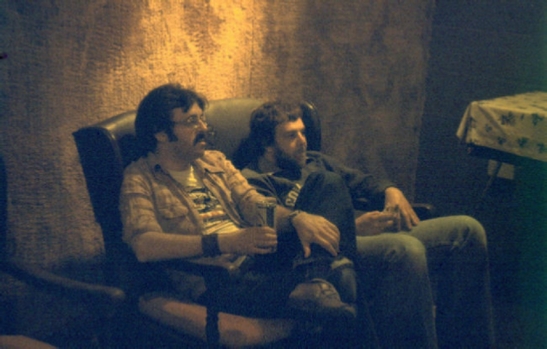 Ian and I listening to a playback

The happiest and most successful lineup.  L to R: Laurie French, me, Ian Boycott, John Rushton in 1978